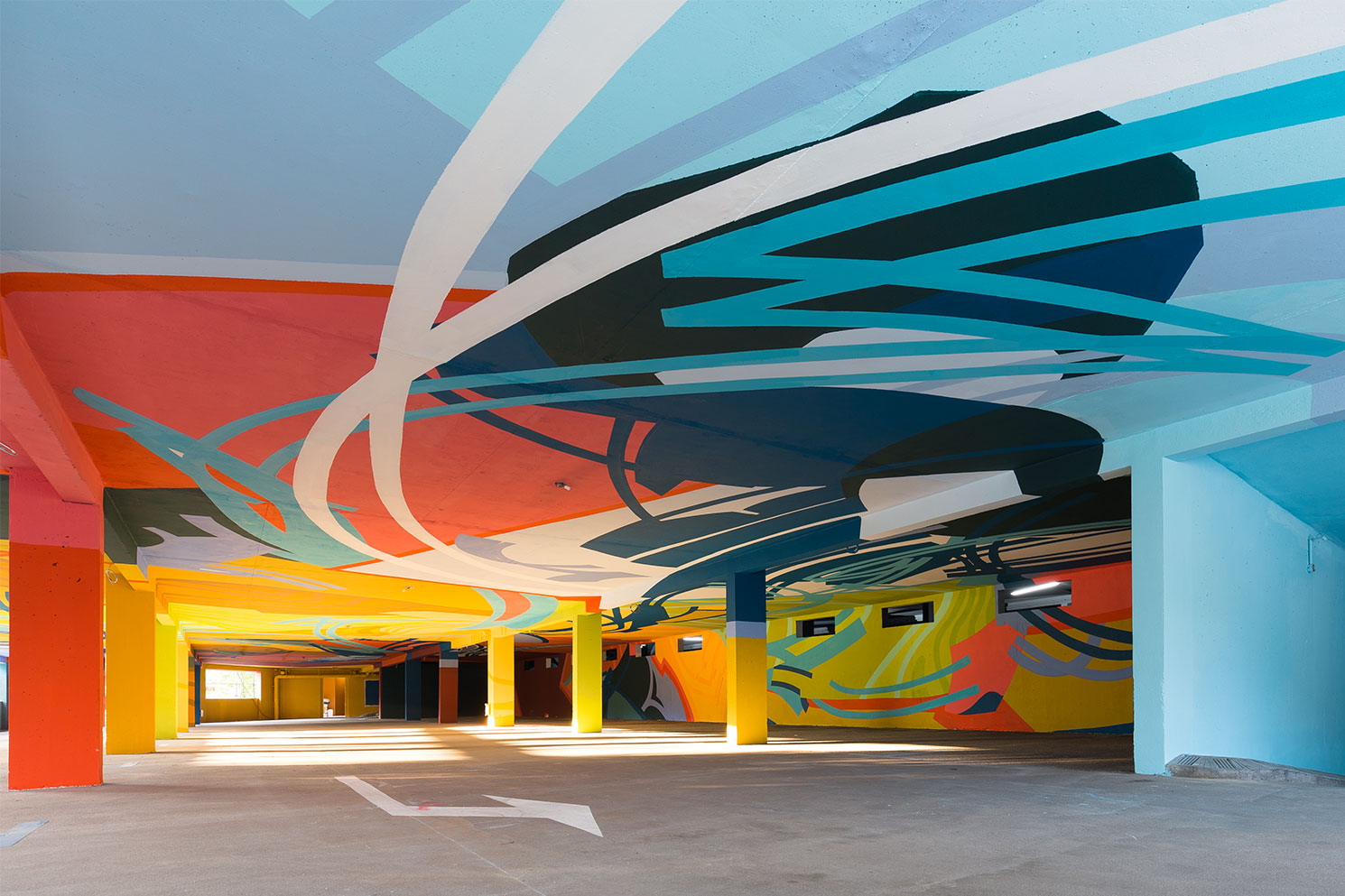 “As a kid, I laid in bed daydreaming and imagining how it would be to walk upside down whilst starring at the empty ceiling. I used to recognize the blank floor as an untouched space and I even speculate on how to equip the room with my furniture this way. Many of my ideas still arise in the early stages of sleep, when consciousness and subconsciousness overlap and giving shape to a new image in my mind. Years later a similar idea evokes this fascination: to have the ability to visualize (and make visible) all the traces you have ever left behind.“

Everything from footprints to bike- and car wheel traces create a chaotic mix of overlapping lines and patterns that, observed from a distance define a tangible impression of the course of daily routines. Combining this two ideas, the ceiling of the car park is transformed into a balanced composition of traces made by humans and their vehicles. The aim is to repeal typical behavioural patterns and create unexpected shapes and irregular traces that differ from our daily visual habits. The human-made marks are held together by abstract and organic shapes, based on references to topographic maps, in an attempt to capture the immediate surroundings of the car park. 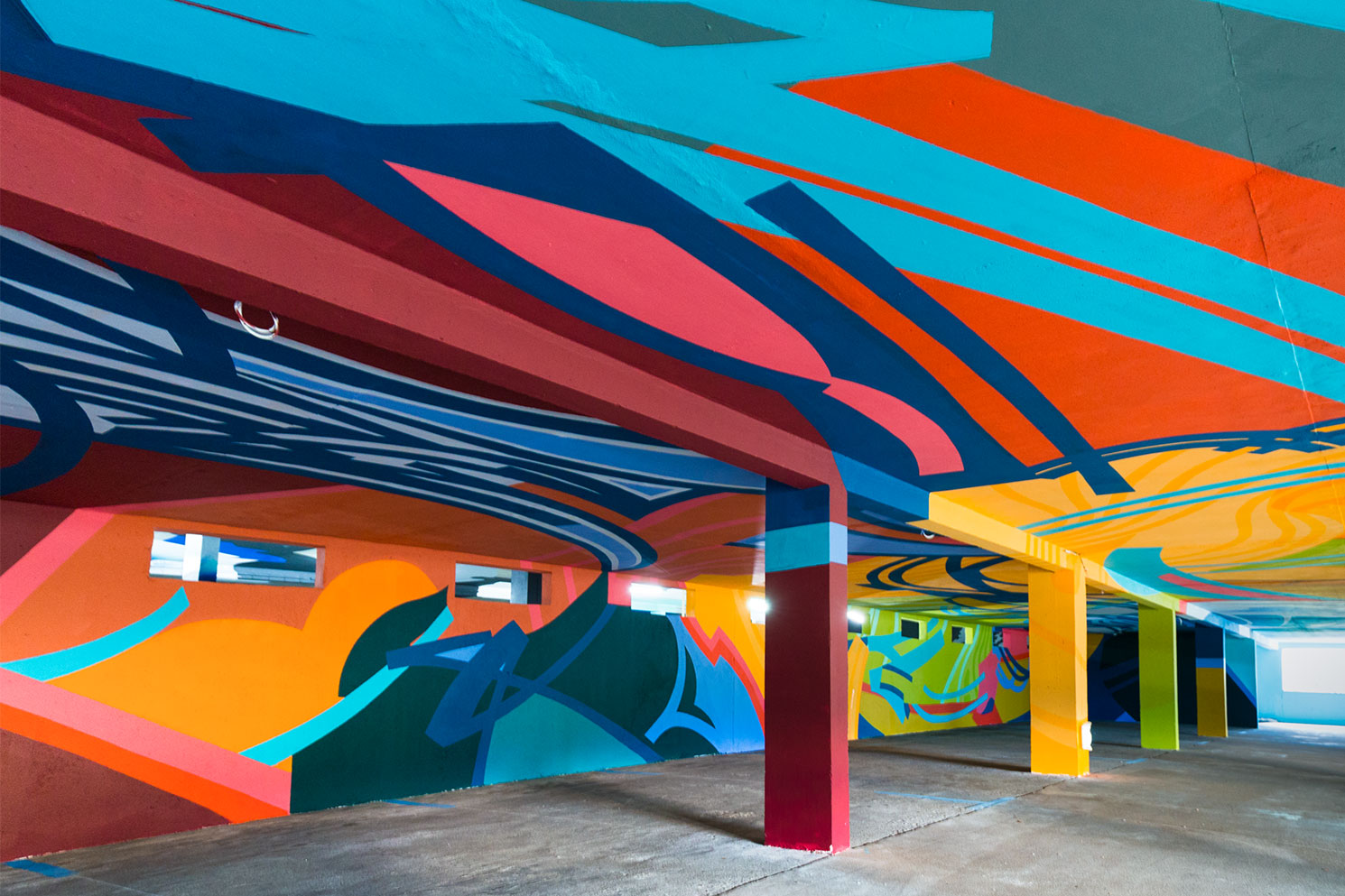 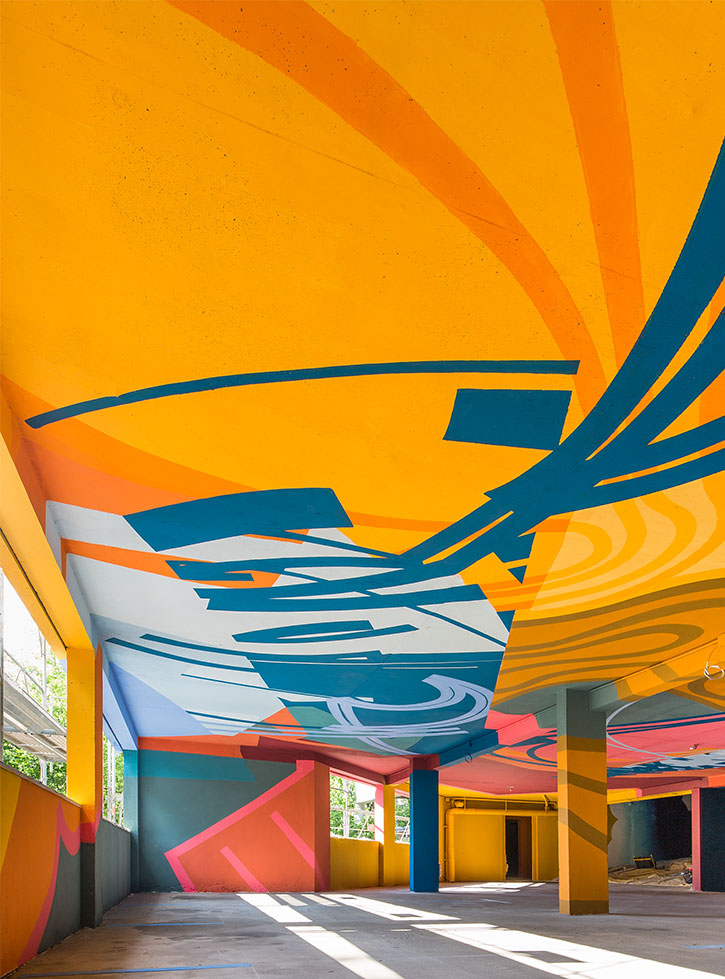 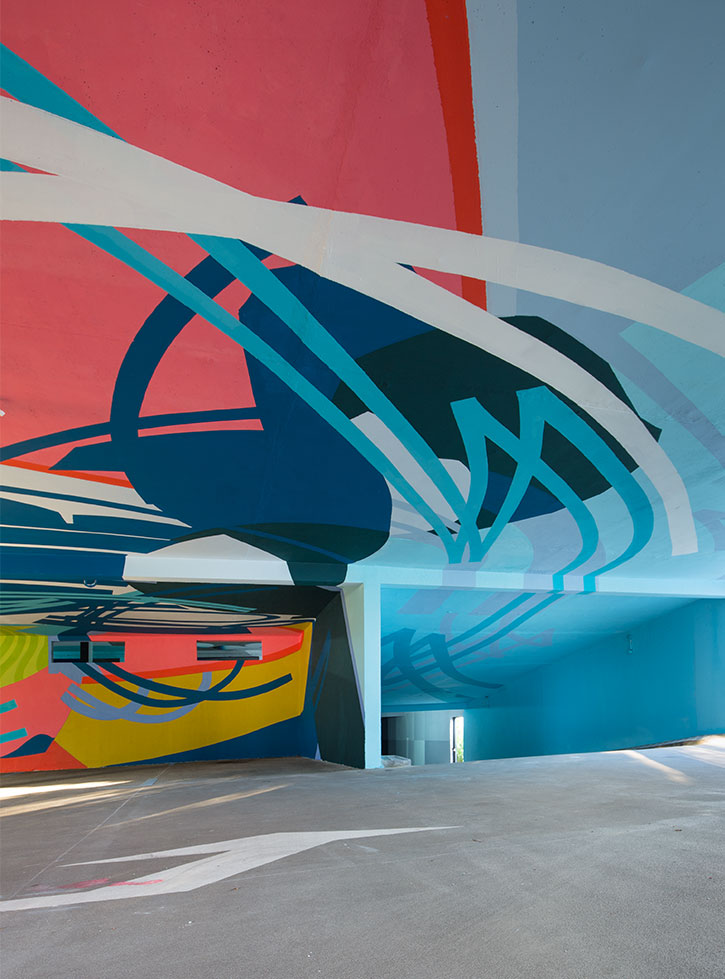