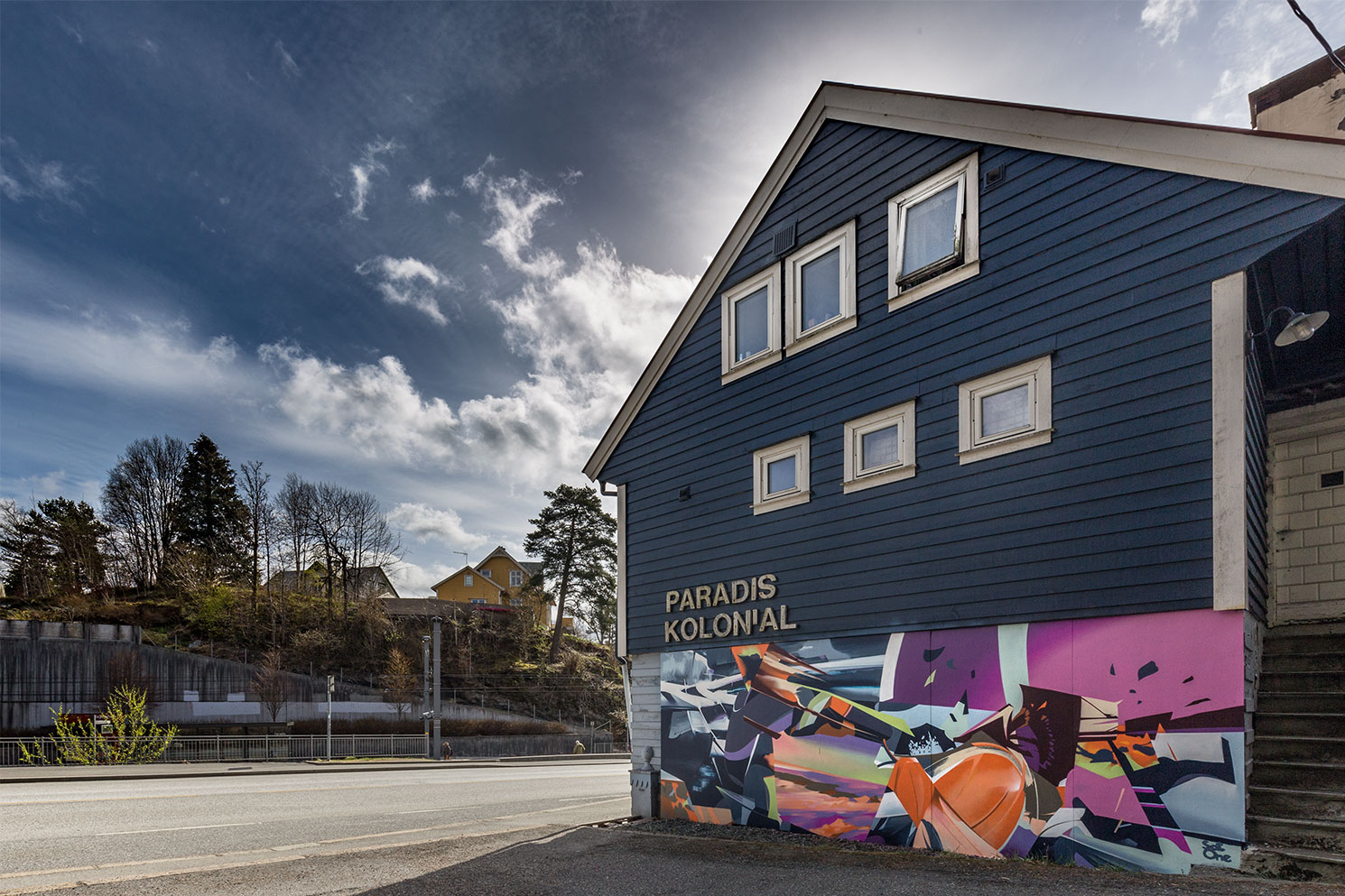 Munich based artist SatOne was invited to paint the exterior wall of a former grocery store in Bergen, Norway.
A “Kolonial“ store was a shop where food and other daily items were sold. The goods were called “Kolonialer“ since many of them came from the old colonies in the tropics. Examples of such items included coffee, tea, sugar and exotic spices. “Paradis Kolonial“, part of a long tradition of small local shops in Norway, was established in 1924, finally closing its doors in 2011 due the fact that it could not longer compete with the nearby supermarkets.
SatOne created this wall based on impressions he collected during his several stays in Norway. In a collage-technique he put together shapes and structures found in Norwegian typical environment while the strong contrasting colors underline the “exoticism“ of the items imported to this former store. 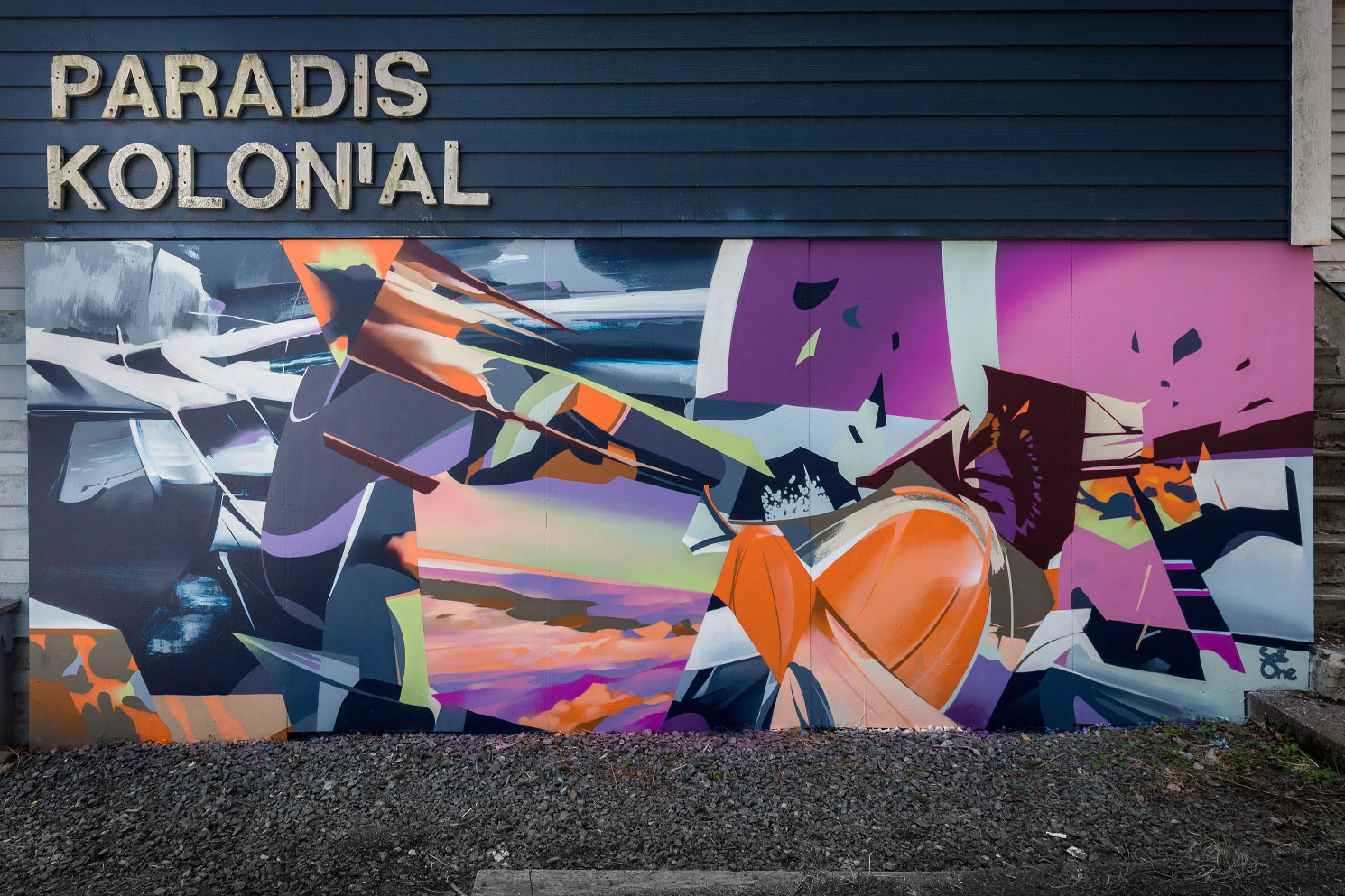 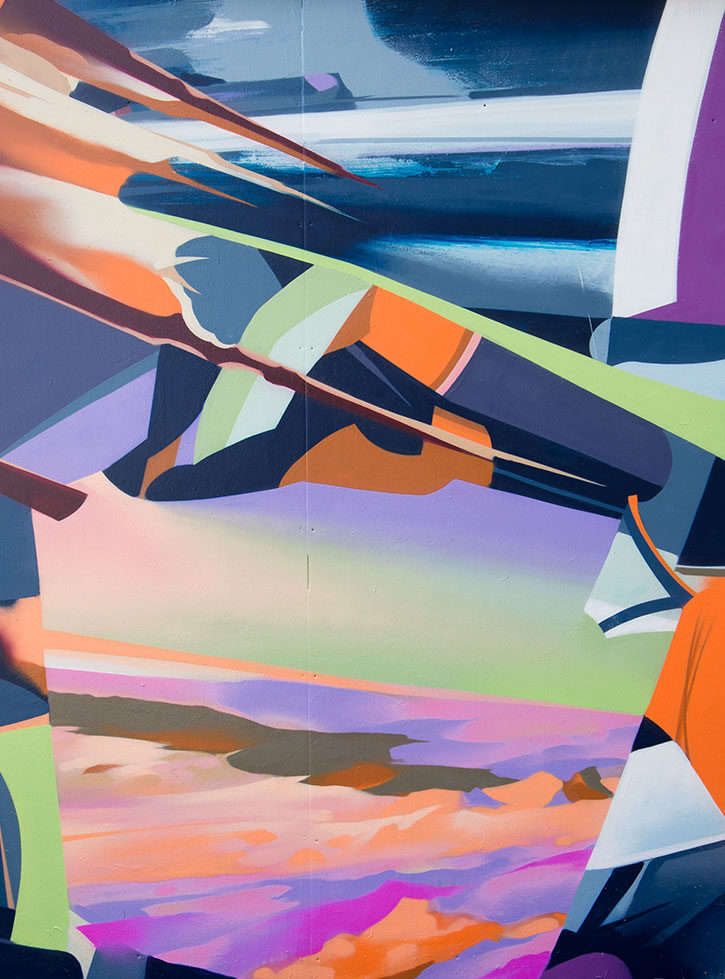