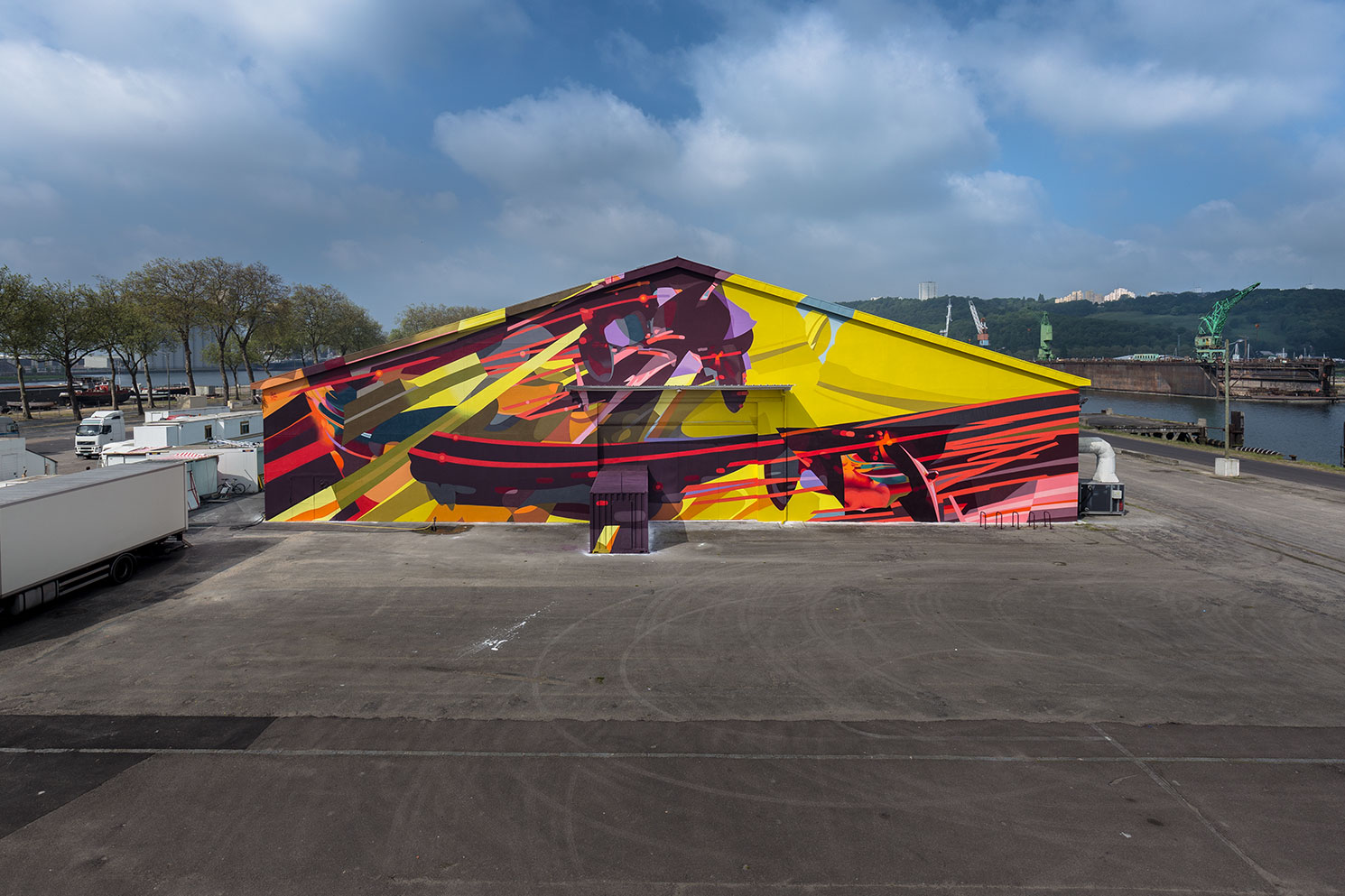 In occasion of the Rouen Impressionnée 2016 Art-Triennale, SatOne created a large-scale mural on the facade of the former „Hangar 23“ in Rouen / France. Both the geographic location of the walls and their immediate surroundings are important factors in the planning of SatOne’s conceptual murals. “Less than a second“ is based on impressions recollected by the artist around the harbour, and like in the work of French Impressionism, he seeks to capture what the eye sees; the optical effects of light. Fascinated by the fast changing visual elements and the volatile optical impact of those fleeting moments, SatOne decides to freeze all these impressions into one picture in order to convey the passage of time, changes in weather, and other elements that make his motif alive. SatOne chooses to highlight three specific impressions of ephemeral moments he discovered in the area.

To begin with, the wall is highly visible from the highway and according to statistics about 55.000 vehicles pass by daily. Like in a long exposure photograph, the vigorous red lines in the painting represent the backlights of vehicles at night adding a dynamic factor to the composition. Located in the harbour area near a dry dock for ships repair, it’s easy to imagine steel sparks and sharp noises around, both abstractedly embodied in the painting. With its bright yellows crossing and breaking through the piece, the mural also makes reference to the constant weather changes observed in Rouen, and depicted through their most basic colours. SatOne creates a strong impact on the environment in an integrated way with the aim of a long-distance effect as the main audience (passing motorists) can only catch this view for less than a second. 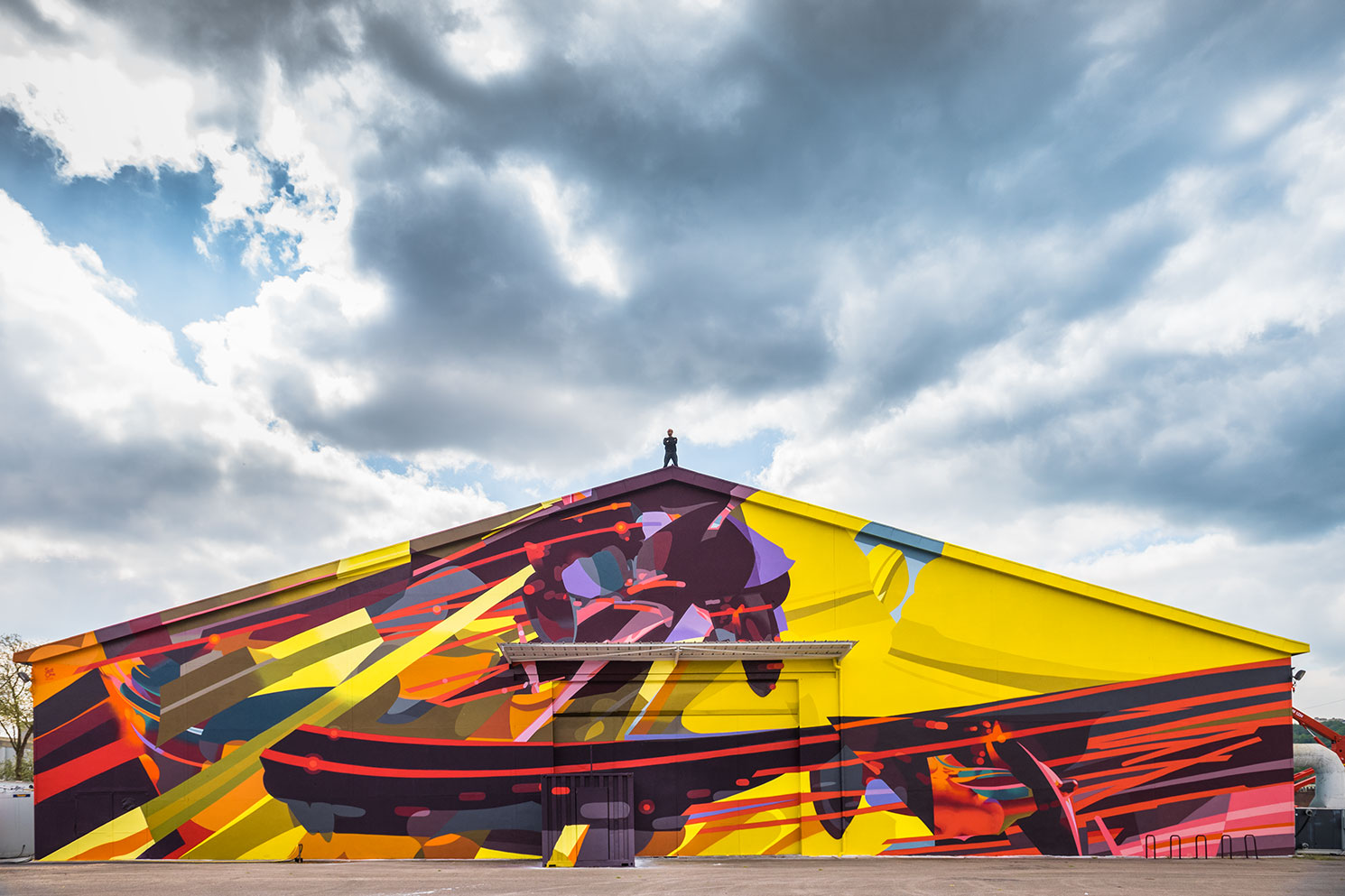 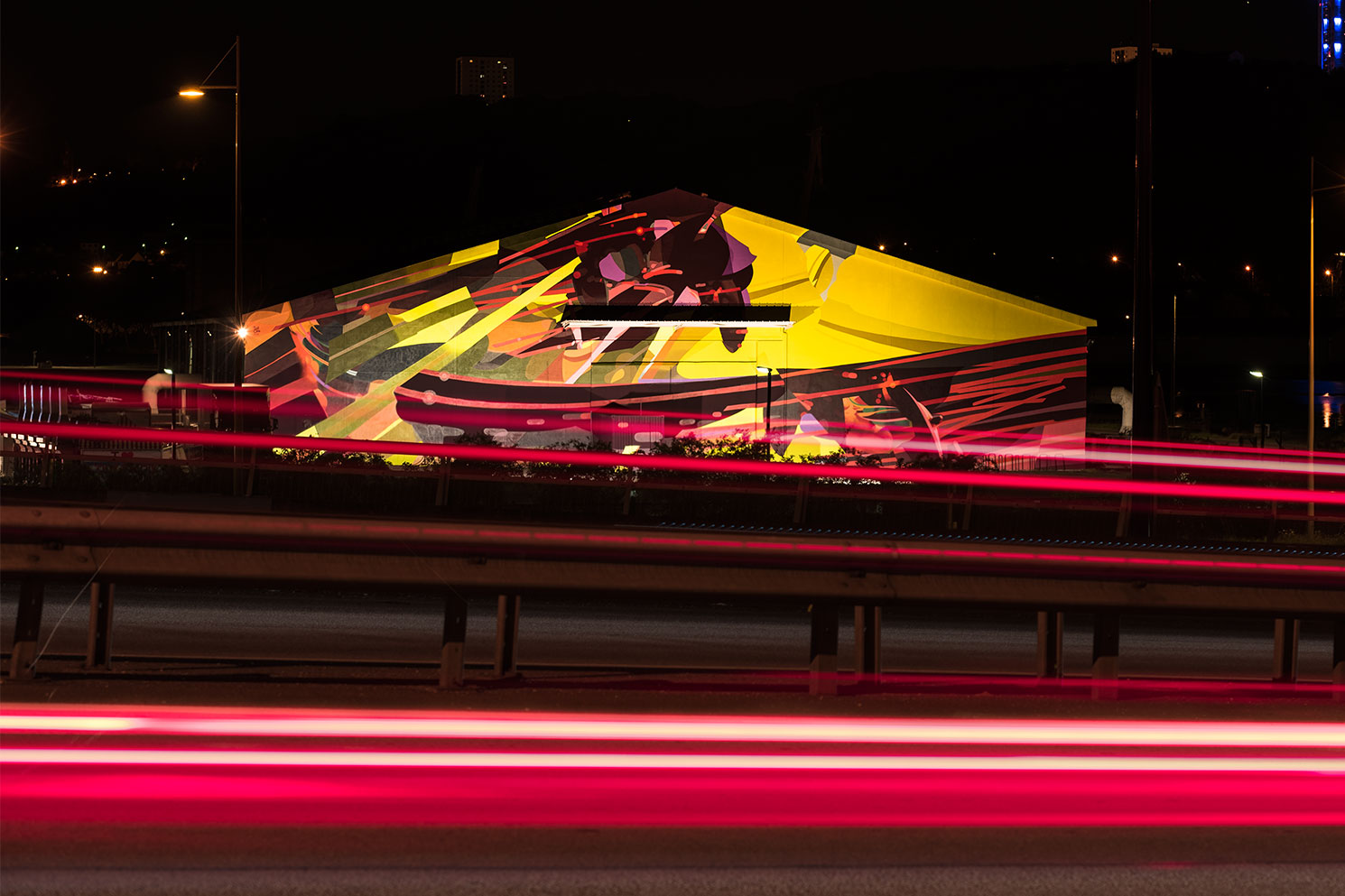